What Parents Have to Say

Check out what the parents of our students say about us.

Home » How to Develop a Child’s Initiative at an Early Age?

How to Develop a Child’s Initiative at an Early Age? 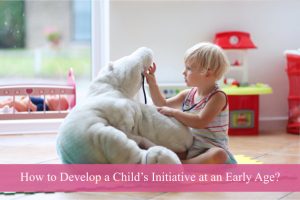 Initiative is essential in growing up. The feeling when you gain purpose and sense in life is rewarding. And we all love to produce adults with that kind of persona. As parents, you may want to start it with your child. It is fascinating to see when a kid tries to do things on his or her own. He or she does not have to be coaxed just to start doing something.

Hilltop Children’s Center, a place reliable for child care near Liberty Hill, TX, believes that inculcating opportunities for your kid to work on his or her own can define who he or she will be in the future. Studies have presented that preschool years are the best stage for developing initiative of a person.

Once a preschooler feels the blame and does wrong, it makes him or her scared to try new things. This cannot cause him or her to initiate an act or behavior. Instead, that brings the kid to think, “I am a bad person” when making a mistake. We, as adults, need to let them understand that failures do not make an individual, a bad person. As a matter of fact, every being does commit mistakes. At the time children perform an activity, let us not anticipate that they will learn for the first time. Rules and restriction can be stated again and again before boys and girls can comprehend what you want to teach. Here are some simple ideas to nurture the initiative of the youngsters.

As adults, we already have pondered on the notion that it is the journey that matters the most. The end result just represents the reward. But the experiences on finishing and achieving the goal, give meaning and learning. Now, it is time to share the feeling to the next generation. Our child care near Liberty Hill, TX supports you on that.