Have you had a chance to visit Hilltop Children's Center, tour the facility and have all your questions answered? 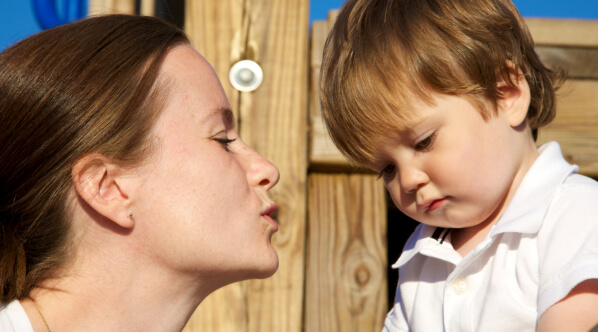 A crying child is quite a nightmare for everyone. Parents and non-related strangers alike get affected. Parents will panic and worry, others feel sorry, some find it cute, while a few get bothered and angry. On a spectrum, people’s reactions on a child’s crying fit lean more on to the negative side than positive. Should you also always respond with irritability, cluelessness, anxiety, or coldness?

Child Care near Liberty Hill, TX offers these tips and techniques in responding to a child throwing wild fits that are beneficial to both the caregiver and the growing human that the precious child is.

Do Not Fight Fire with Fire

It is not uncommon for parents to get majorly influenced by their child’s emotions and behavior. When a child is sad, parents also feel a thousand folds heartbroken. When a child is happy, the parents fly so high up to the clouds. So how about when a child is in rage? Many parents get multiple times angry as well. Especially that the parents are exhausted with housework and stressed with work and many other things, parents tend to get very exasperated when their child transforms into the Hulk. It is a number one thing to avoid – to become the bigger monster. When the child screams on top of his lungs and lets out a lot of angry and hurtful words, the adult should not try to outdo the kid’s performance. Many parents are tempted to show the child who is the boss in the house and end up getting into competition with the child of whose way will be done.

It is understandable how parents just want to end the tiring tantrum. As a result, they would allow the child to get what he wants or offer a lot of alternatives. Parents would agree to buy them the new toy that he wants or let him have a bottle of soda before dinner. Giving into the unreasonable desires of the child or giving to him a lot of undeserved rewards when he is in rage is not going to stop his angry behavior. It will only reinforce it. It would appear to him that if he would do the same wild fits again, he would reap rewards.

Bring the child to a different place. A Change of Scenery.

A child throws tantrums because something is bothering him. Sometimes it is obvious what he is so upset about wanting a specific item in a store but in other times, parents would scan the room around but would still be clueless about what the deal is. It is suggested to take the child away from where he is throwing tantrums in. The longer he would be exposed to the reason of his fits, the longer he would stay angry. Also, taking him to another area would divert his curious mind into taking interest in other things.

Hilltop Children’s Center is always careful in dealing with this kind of behavior of a child especially that how the adults respond to this developmental stage could greatly influence the child’s character as a human being.